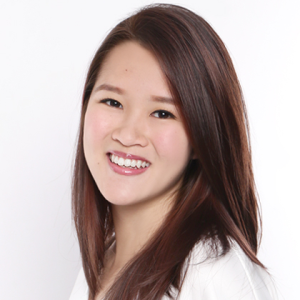 When will the event industry recover from the coronavirus? When is it safe to schedule your event? Here is a forecast of when things will go back to normal.

2020 has quickly gone from a promising year for the events industry into one of the most damaging, and the estimated recovery period has already shifted back several times.

Event professionals, along with the rest of the world, are trying to make the best of widespread lockdowns while eagerly anticipating the resumption of normal activities.

The most challenging aspect is that nobody really knows.

There is a different account every day of what the future looks like. One day a vaccine will be available in September, the next in 18 months.

In this terribly confusing scenario, we try to shed some light on when we can expect to come back to normal and when it will be safe to schedule events.

Immunity testing seems to be one of the most viable options to go back to normal.

This week during a live interview on CNBC, German health minister Jens Spahn confirmed that, while we don’t currently have an antibody test good enough to determine whether people with immunity can return to work in critical infrastructure like hospitals, “in two, three, four weeks, we might have these tests… and as soon as we would have them, that is, of course, a real game changer.”

Even if such tests become available, we can foresee the application into controlled environments such as hospitals and factories.

Policing immunity at events seems discriminatory and very risky – just scraping the surface of what the potential implications may be.

App Tracing Is Irrelevant to Events

Many are also looking at technology tracing as a way to intervene early on cases of Covid-19. This approach proved successful in China and South Korea.

Unfortunately, tracing movements of the sick is irrelevant for the event industry.

This, in fact, is a preventive measure that could limit the spread of the virus but cannot be adopted to secure attendance at events.

The Possibility of Resurgence

Experts have warned that reducing containment measures too quickly could lead to another outbreak of the virus, which would likely mean intermittent social isolation measures being implemented whenever a resurgence occurs. We have yet to see the full effect of China opening back up, but the initial reaction of swarming tourist sites is not encouraging, and declaring success would be premature.

If we do end up facing ongoing lockdowns throughout the rest of the year, events will continue to be impacted. It may not be as simple as a country recovering within six months and never having to deal with the virus again.

It’s also worth noting that, even if most countries get this under control in the next few months, that won’t necessarily be the case everywhere. Many countries have yet to feel the full brunt of the coronavirus, and many of them are places with less capable medical infrastructure.

Morgan Stanley just released a timeline for the return to work in the USA. While they seem to lean at an initial ‘back to normal’ in August, they are forecasting a second wave of contagion beginning in November 2021.

The wave would be neutralized only if a vaccine becomes available in March 2021. That seems to be a rather pessimistic perspective considering that more Covid-19 and immunity testing may be available by then. Nevertheless, many seem to share the same perspective that a second wave is very likely.

Taking China as Baseline Does Not Work

One of the mistakes many early predictions (ours included) made was to base their effort on China’s recovery. One of the most notable and still valid in some aspects is Richard Green’s analysis. Maybe this was a case of wanting to believe in some good news rather than looking at facts. If, in fact, we resurface some of the early projections, a full recovery by July in some of the countries with the best lockdown policies seems unrealistic to say the least.

One of the reasons driving such a perspective is that Wuhan’s comeback is not really a comeback. Schools are still closed and large gatherings are still a distant dream.

China cannot be the baseline for the return to normal as there are incredibly different ideas of what normal means in different countries.

We spoke to Ping Liu, owner of China Star Ltd., a destination management company based in Beijing. She confirmed that, while the spread seems to be under control, things are not back to normal for events:

She added that “most of the events home and abroad for the second half of the year are either canceled or postponed till 2021.

What was just a guess last week seems more plausible after France confirmed a ban for large meetings at least until mid-July.

Another strong indicator for large meetings not taking place until at least August comes from the CDC itself. The organization in fact announced an extension of the no-sail order for cruise ships of more than 250 passengers until August, sinking cruise stocks, though this was swiftly retracted under the order of the White House.

Regardless of the officiality of the order, what this news indicates is that gatherings of 250+ individuals in close proximity are still under strong scrutiny by governments and disease control agencies. We can only assume a similar degree of attention dedicated to large meetings.

This is the case with Burning Man, the latest victim of the cancellation wave. As uncertainty about travel restrictions and lockdowns persist, event planners can only look at the fourth quarter as a safe bet. Whatever was moved to late fall will in fact be impacted unless we don’t experience some breakthrough announcement (vaccine, herd immunity or cure) in the next two or three weeks.

How can you plan an event of thousands of attendees a couple of months in advance?

One piece of news that rings an alarm bell (and which nobody in the industry reported on) is Microsoft’s announcement to suspend all live events until July 2021. While this may sound alarmistic right now, so did Facebook’s announcement only two months ago.

A large company like Microsoft taking a definite stance is an alarm bell for event professionals that, now more than ever, should be prepared to face potentially longer periods of economic downturn.

Such decisions can always be overturned and a breakthrough event could always speed up.

There Are No Events as Long as There Is Uncertainty

When most experts comment about the economic comeback, they are referring to manufacturing and essential services being impacted by the crisis.

While we can dispute for months on the value meetings and events bring to businesses and individuals, events were the first to get axed when the virus started to break. Events are a major vehicle for transmission of the virus.

Size and travel will be the two major risk factors both countries and attendees look at when evaluating the risk of attendance. Large events (at the time of writing) are associated with more risk of contracting the virus. Long-distance and international travel will be perceived as major risk factors as we have no (perceived) control over what another state or country is doing to prevent the spread of the virus.

This leaves space only for smaller, local initiatives to persist. When will we feel confident enough to host smaller meetings?

So When Will the Industry Recover?

To keep things simple (and at the risk of oversimplifying all of the above factors), we have created a chart that has a scientific basis for the constant, daily research of analysis within and outside the industry.

Many elements play a part in forecasting when the meeting industry will come back to normal.

Time will tell whether various containment measures were successful in slowing the spread of the virus and whether events will indeed pick up again in a few months’ time. Until then, we can only continue to watch how trends develop around the world and focus on maintaining business cash flow in the meantime.

We will keep updating this post to give you an indication of when things will start to look like normal.

Keep checking back for hopefully some good news.